Volterra is a walled mountaintop town in the Tuscany region of Italy of which its history dates to before the 7th century BC and has substantial structures from the Etruscan, Roman, and Medieval periods. 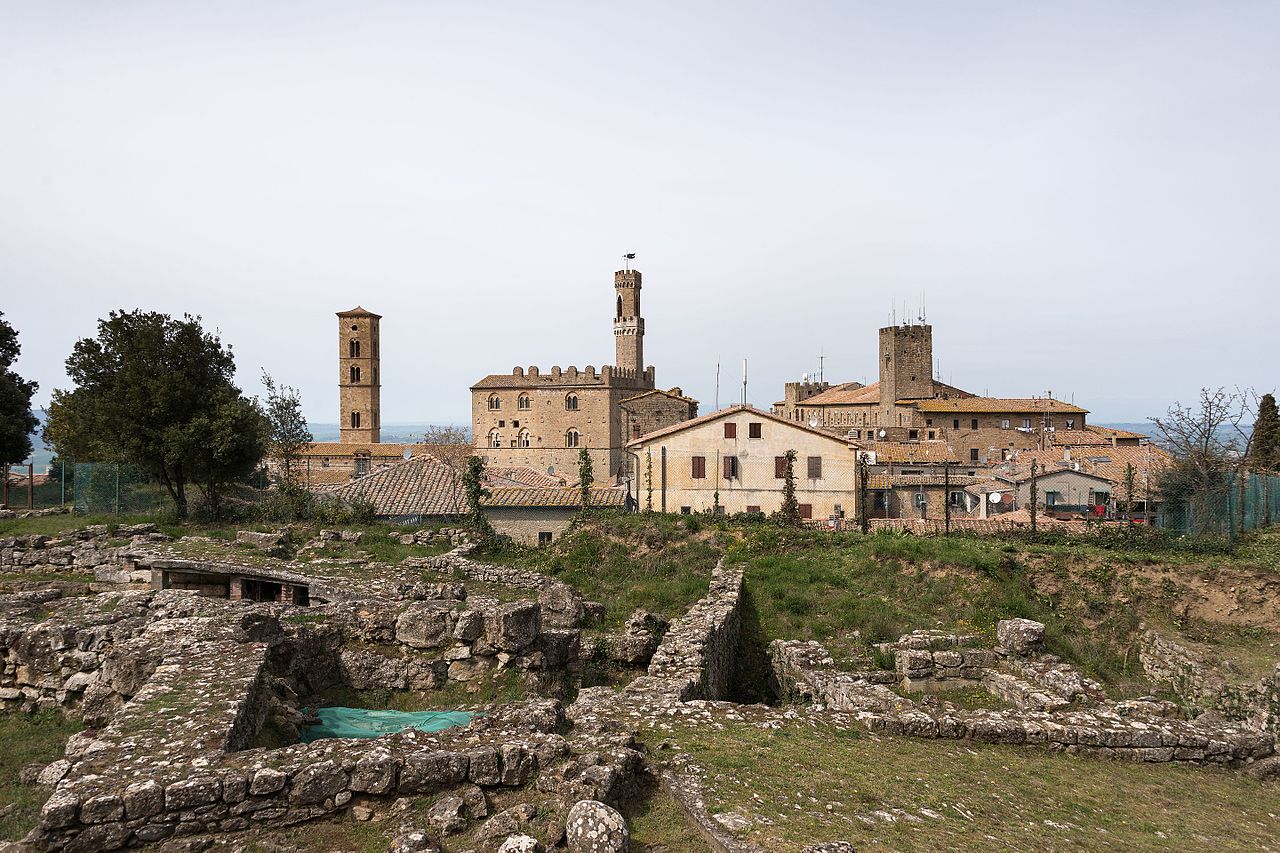 Volterra, known to the ancient Etruscans as Velathri or Vlathri and to the Romans as Volaterrae, is a town and comune in the Tuscany region of Italy. The town was a Bronze Age settlement of the Villanovan culture, and an important Etruscan center (Velàthre, Velathri or Felathri in Etruscan, Volaterrae in Latin language), one of the “twelve cities” of the Etruscan League.

The site is believed to have been continuously inhabited as a city since at least the end of the 8th century BC. It became a municipium allied to Rome at the end of the 3rd century BC. The city was a bishop’s residence in the 5th century, and its episcopal power was affirmed during the 12th century. With the decline of the episcopate, Volterra became a place of interest of the Florentines, whose forces conquered Volterra. Florentine rule was not always popular, and opposition occasionally broke into rebellion. These rebellions were put down by Florence.

When the Florentine Republic fell in 1530, Volterra came under the control of the Medici family and later followed the history of the Grand Duchy of Tuscany. 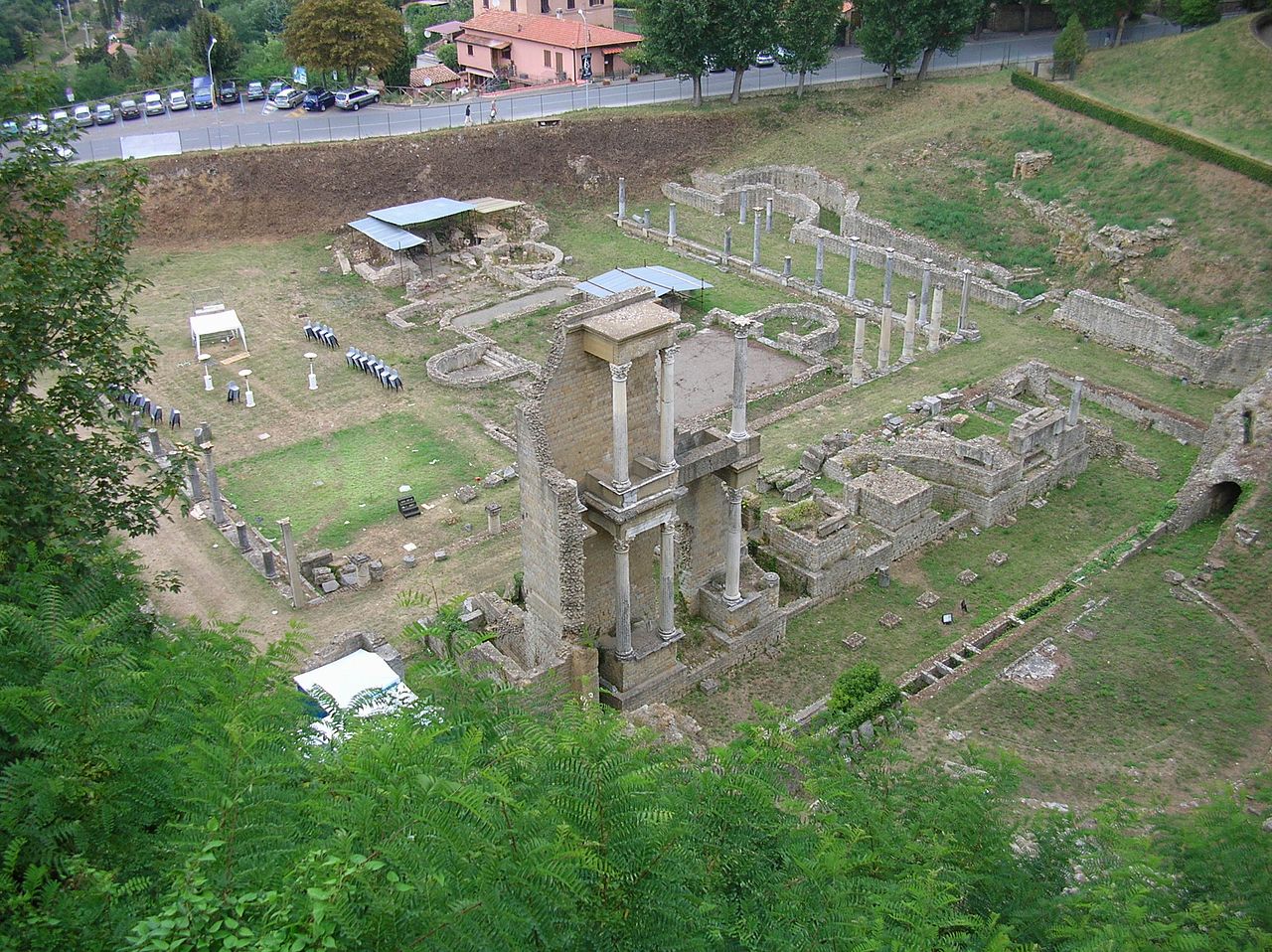 Roman Theatre of Volterra (it), 1st century BC, excavated in the 1950s
Piazza dei Priori (it), the main square, a fine example of medieval Tuscan town squares
Palazzo dei Priori (it), the town hall located on Piazza dei Priori, construction begun in 1208 and finished in 1257
Pinacoteca (it) (Art Gallery) in Palazzo Minucci-Solaini (it). Founded in 1905, the gallery consists mostly of works by Tuscan artists from 14th to 17th centuries. Includes a Deposition by Rosso Fiorentino.
Volterra Cathedral. It was enlarged in the 13th century after an earthquake. It houses a ciborium and some angels by Mino da Fiesole, a notable wood Deposition (1228), a masterwork of Romanesque sculpture and the Sacrament Chapel, with paintings by Santi di Tito, Giovanni Balducci and Agostino Veracini. In the center of the vault are fragments of an Eternal Father by Niccolò Circignani. Also noteworthy is the Addolorata Chapel, with a terracotta group attributed to Andrea della Robbia and a fresco of Riding Magi by Benozzo Gozzoli. In the nearby chapel, dedicated to the Most Holy Name of Jesus, is a table with Christ’s monogram, allegedly painted by Bernardino of Siena. The rectangular bell tower is from 1493.
Volterra Baptistery of San Giovanni, built in the second half of the 13th century.
Fortezza Medicea (Medicean Fortress), build in the 1470s, now a prison housing the noted restaurant, Fortezza Medicea restaurant.
Guarnacci Etruscan Museum (it), with thousands of funeral urns dating back to the Hellenistic and Archaic periods. Main attractions are the bronze statuette “Ombra della sera” (lit. ”Shadow of the Night”), and the sculpted effigy, “Urna degli Sposi” (lit. ”Urn of the Spouses”) of an Etruscan couple in terra cotta.
The Etruscan City Walls (it), including the well-preserved Porta all’Arco (it) (3rd-2nd centuries BC), and Porta Diana (it) gates.
The Medici Villa di Spedaletto (it), outside the city, in direction of Lajatico
There are excavations of Etruscan tombs in the Valle Bona area.