Pisa is a city in the Tuscany region of Central Italy straddling the Arno just before it empties into the Ligurian Sea. It is the capital city of the Province of Pisa. Although Pisa is known worldwide for its leaning tower (the bell tower of the city’s cathedral), the city of over 91,104 residents (around 200,000 with the metropolitan area) contains more than 20 other historic churches, several medieval palaces and various bridges across the Arno. Much of the city’s architecture was financed from its history as one of the Italian maritime republics.

The city is also home of the University of Pisa, which has a history going back to the 12th century and also has the Scuola Normale Superiore di Pisa, founded by Napoleon in 1810, and its offshoot, the Sant’Anna School of Advanced Studies as the best sanctioned Superior Graduate Schools in Italy. 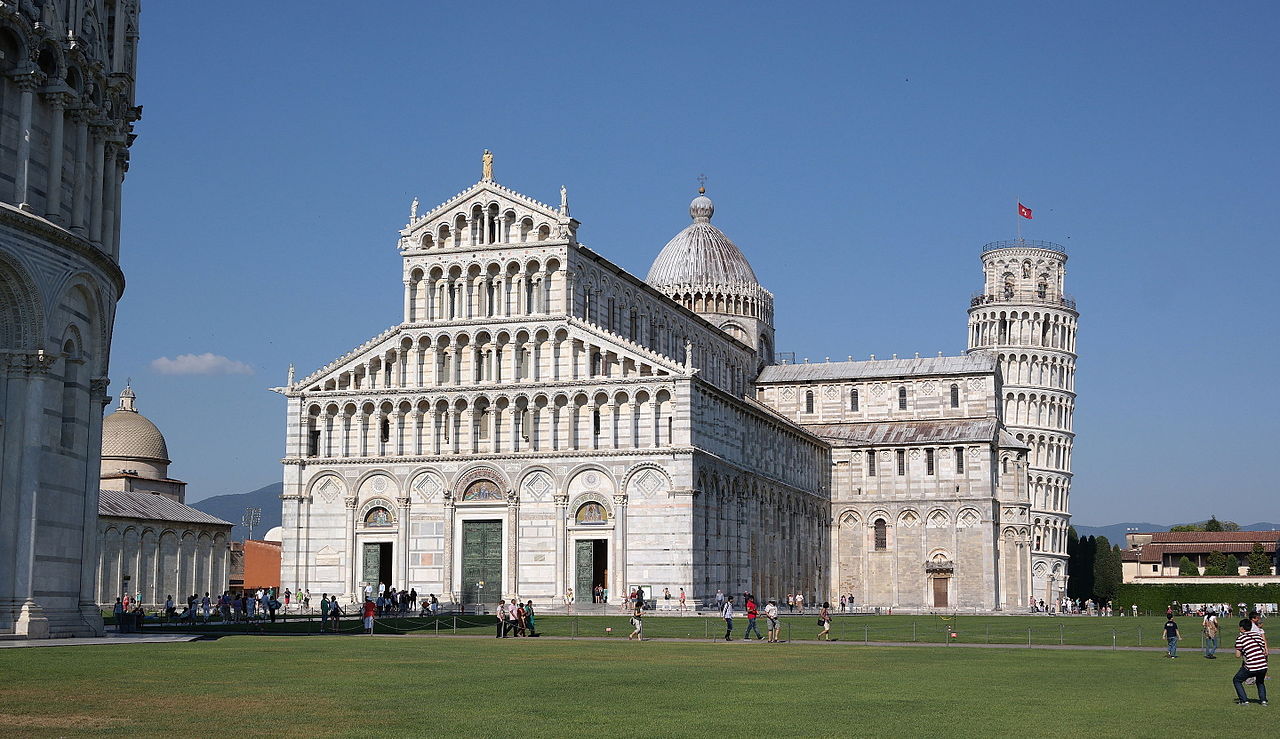 While the bell tower of the cathedral, known as “the leaning Tower of Pisa“, is the most famous image of the city, it is one of many works of art and architecture in the city’s Piazza del Duomo, also known, since the 20th century, as Piazza dei Miracoli (Square of Miracles), to the north of the old town center. The Piazza del Duomo also houses the Duomo (the Cathedral), the Baptistry and the Campo Santo (the monumental cemetery). The medieval complex includes the above-mentioned four sacred buildings, the hospital and few palaces. All the complex is kept by the Opera (fabrica ecclesiae) della Primaziale Pisana, an old non profit foundation that operates since the building of the Cathedral (1063) to the maintenance of the sacred buildings. The area is framed by medieval walls kept by municipality administration.

The origin of the name, Pisa, is a mystery. While the origin of the city had remained unknown for centuries, the Pelasgi, the Greeks, the Etruscans, and the Ligurians had variously been proposed as founders of the city (for example, a colony of the ancient city of Pisa, Greece). Archaeological remains from the 5th century BC confirmed the existence of a city at the sea, trading with Greeks and Gauls. The presence of an Etruscan necropolis, discovered during excavations in the Arena Garibaldi in 1991, confirmed its Etruscan origins.

Ancient Roman authors referred to Pisa as an old city. Strabo referred Pisa’s origins to the mythical Nestor, king of Pylos, after the fall of Troy. Virgil, in his Aeneid, states that Pisa was already a great center by the times described; the settlers from the Alpheus coast have been credited with the founding of the city in the ‘Etruscan lands’. The Virgilian commentator Servius wrote that the Teuti, or Pelops, the king of the Pisaeans, founded the town thirteen centuries before the start of the common era.

The maritime role of Pisa should have been already prominent if the ancient authorities ascribed to it the invention of the naval ram. Pisa took advantage of being the only port along the western coast between Genoa (then a small village) and Ostia. Pisa served as a base for Roman naval expeditions against Ligurians, Gauls and Carthaginians. In 180 BC, it became a Roman colony under Roman law, as Portus Pisanus. In 89 BC, Portus Pisanus became a municipium. Emperor Augustus fortified the colony into an important port and changed the name in Colonia Iulia obsequens.

It is supposed that Pisa was founded on the shore. However, due to the alluvial sediments from the Arno and the Serchio, whose mouth lies about 11 kilometers (7 mi) north of the Arno’s, the shore moved west. Strabo states that the city was 4.0 kilometers (2.5 mi) away from the coast. Currently, it is located 9.7 kilometers (6 mi) from the coast. However it was a maritime city, with ships sailing up the Arno. In the 90s AD, a baths complex was built in the city. 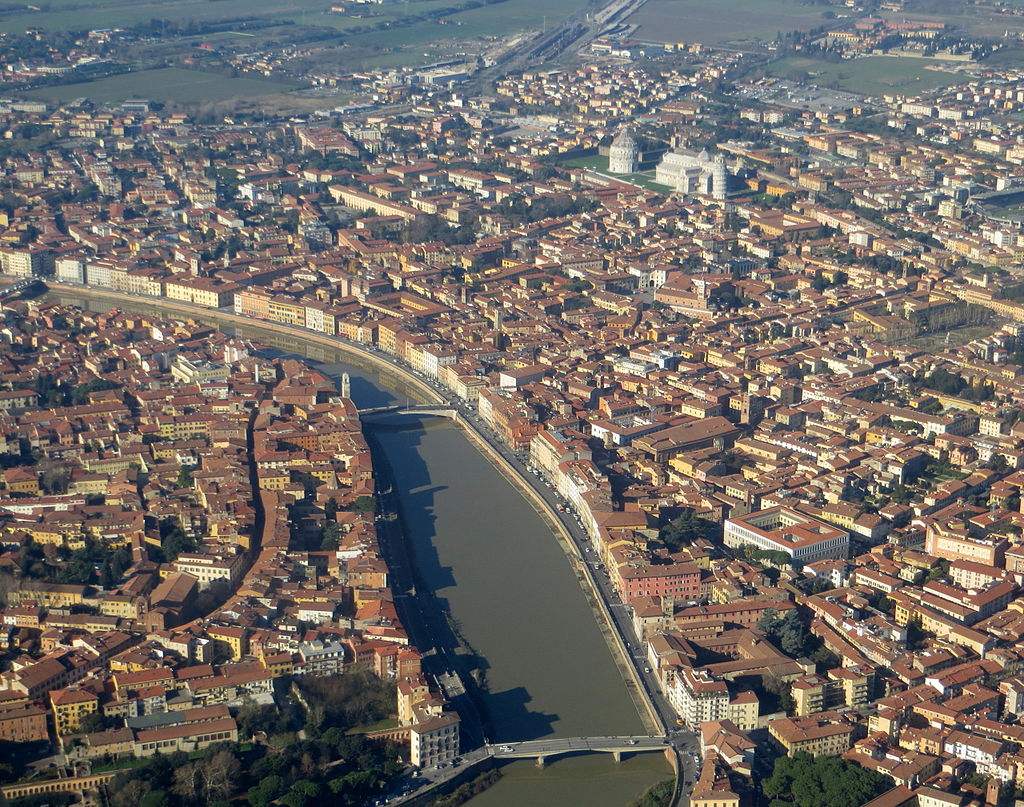 Climate
Pisa experiences a borderline humid subtropical (Cfa) and Mediterranean climate (Köppen climate classification Csa), since only a single month receives less than 40 millimetres (1.6 in). The city is characterized by mild winters and very warm summers. This transitional climate keeps Pisa from enjoying a summer devoid of rain, typical of Central and Southern Italy, as the summer (the driest season) experiences occasional rainshowers. Rainfall peaks in the autumn months.